Hancock Coal Infrastructure Pty Ltd (“HCIPL”) is developing a railway and new port terminal, at the existing Abbot Point coal port, to export coal from the thermal coal mines being developed by GVK Hancock Coal in the Galilee Basin.

In March 2013, it was announced that Aurizon and GVK have signed a non-binding term sheet to jointly progress the development of rail and port infrastructure to export thermal coal from mines, to be developed, in the Galilee Basin, including GVK’s Alpha, Kevin's Corner and Alpha West. The partnership would also anticipate the opportunity for third party access to the new rail and port facilities.

Under the proposed structure, Aurizon will acquire a 51% interest in HCIPL which owns rail and port development projects; GVK holding the remaining 49%. Aurizon (previously QR National), a top-50 ASX-listed company , is the largest rail freight haulage operator in Australia by tonnes hauled, focusing primarily on large, heavy haul rail tasks such as the transportation of coal, iron ore, other minerals, agricultural products and general freight as well as containerised freight, with FY13 revenue of A$3.7B (up 7% year-on-year) and Investment Grade (BBB+/Baa1) credit rating. In FY2013, Aurizon transported 267.7 Mt of freight, including 155.8Mt of coal in Queensland through its 2,670km Central Queensland Coal Network.

HCIPL has received State and Federal EIS approval for a new 500km rail corridor from the Alpha coal deposit in the Galilee Basin to the Abbot Point coal port.

New Terminal 3 Development at the Port of Abbot Point

HCIPL has been nominated by North Queensland Bulk Ports (NQBP) as the preferred developer for the proposed Terminal 3 (formally part of the X110 Terminal) at the Port of Abbot Point, Australia’s most northerly coal port. The Project was officially approved by Commonwealth Minister for Environment on 4th October 2012. HCIPL, as party to a joint application with NQBP, has also obtained Commonwealth approval for the dredging and dredge material placement activities associated with Terminal 3 development. Further information on this can be found at http://www.nqbp.com.au/environment/

Terminal 3 will be developed to export at least 60 Mtpa of coal with berthing and with modern fast loading facilities for ships up to Large Capesize (220,000 DWT).

The proposed Terminal T3 includes both onshore and offshore development, including jetty and wharf facilities and associated fast in-loading and fast out-loading infrastructure including associated capacity for an up to 2Mt of coal stockpile. 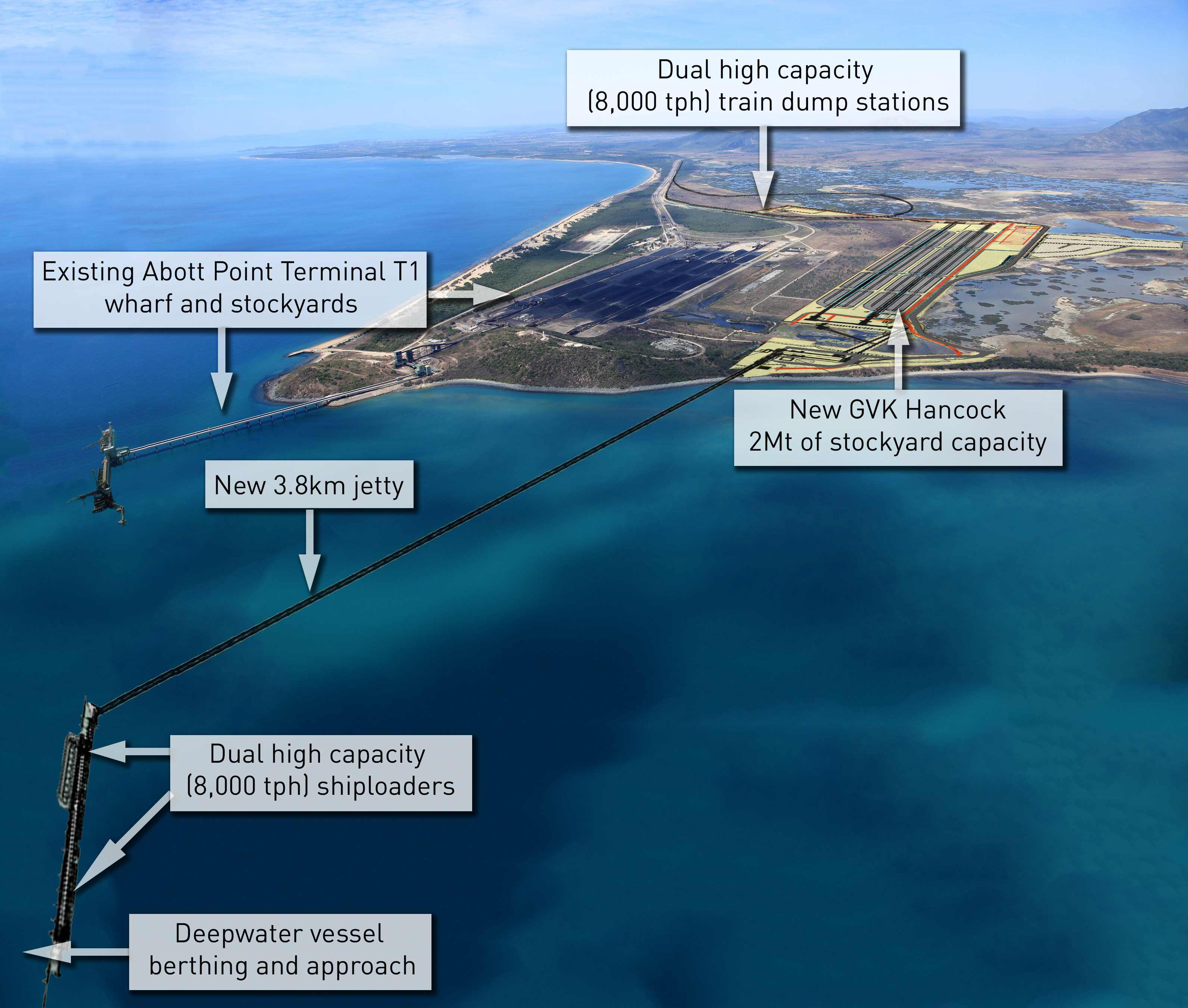