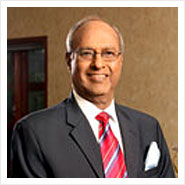 Dr GV Krishna Reddy is the Founder & Chairman of GVK.

Known for his foresight and entrepreneurship, in 2006 he was instrumental in leading GVK’s foray into the booming aviation sector. The company now owns and operates two of India’s busiest airports – Mumbai and Bangalore.

GVK Reddy has been recognised for his dynamism, outstanding brilliance and invaluable contribution to the field of entrepreneurship and social improvement. He was conferred with the civilian honour of Padma Bhushan by the Government of India in 2011. He has also been bestowed an honorary title, Doctor of Philosophy by the prestigious Jawaharlal Nehru Technological University, India. Additionally he has also been recognised for his generosity sponsoring and supporting underprivileged students through the Raja Bahadur Venkatarama Reddy Educational Society and Vivek Vardhini Education Society. He has also been instrumental in establishing schools to make quality education available to the less fortunate.

Over the years GVK Reddy has won many awards and accolades these include: 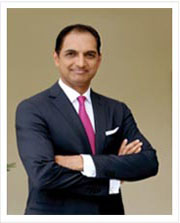 As Vice-Chairman of GVK Power and Infrastructure Limited, he spearheads GVK’s businesses in key areas of infrastructure such as Power, Airports, Roads and Realty. He is currently focused on expanding GVK’s presence in infrastructure, a key sector that is crucial for India to fulfil its tremendous potential.

In 2001, Sanjay was instrumental in setting up GVK Biosciences. GVK Biosciences has emerged as India’s leading life-sciences company, with a rapidly growing client base of global pharmaceutical and biotechnology companies.

Sanjay is also on the Board of Directors of the TajGVK Hotels & Resorts Ltd; and he played a significant role in setting up the Taj Deccan hotel in Hyderabad.

Educated in the United States, he combines his professional expertise and knowledge with a global perspective and a practical approach to business. He holds a Bachelor degree in Industrial Engineering from Purdue University and an MBA from University of Michigan, Ann Arbor.

He actively participates and contributes to various causes through forums and bodies like Confederation of Indian Industry (CII), Young Presidents’ Organisation (YPO) and the prestigious Jagdish and Kamla Mittal Museum of Indian Art.

Sanjay was named among 25 Indians chosen as Young Global Leaders 2007 by the World Economic Forum and was primarily selected for his professional accomplishments, commitment to society and the potential to contribute to shaping the future of the world. 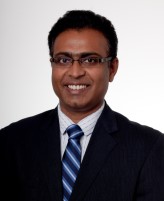 Mr Gottumukkala has over 20 years of experience in manufacturing and international business development across India, China and South Africa. Prior to joining GVK, he held engineering, manufacturing and sales and marketing roles with Ford Motor company in Australia.